Home Ministries USCCB Leadership at 100: Passion of Our Faith for the Future

USCCB Leadership at 100: Passion of Our Faith for the Future 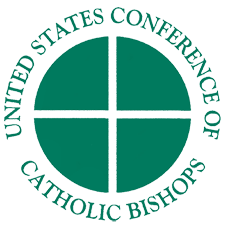 November 13 & 14 marked the 100th Anniversary of the United States Conference of Catholic Bishops, the leadership of the Church in our country.  All the bishops, archbishops and cardinals attended, and they discussed the serious issues of our national culture, our faith, and the intersection of the two.  One interesting theme that was clearly understood by our leadership is eerily similar to our current Capital Campaign.  We must Build Our Future, while we Serve Our Past as a Church.  Secretary of State of the Vatican, Cardinal Pietro Parolin, said at the outset of the Assembly Meeting of the Bishops:

Tonight I would like simply to recall the message of encouragement that the Holy Father addressed to you during your meeting last year.  He noted that the great challenge that we face is “to create a culture of encounter, which encourages individuals and groups to share the richness of our traditions and experiences, to break down walls and to build bridges.  The Church in America, as elsewhere is called to ‘go out’ from its comfort zone and to be a leaven of communion.  Communion among ourselves, with our fellow Christians, and with all who seek a future of hope”…

In this time of epochal change, that same spirit of unity is more than ever necessary, in order to confront with creativity and conviction the realities of a rapidly changing world and the task of the new evangelization.  In this regard, allow me to repeat the charge that Pope Francis laid before you during his Pastoral Visit to the United States: “The path ahead is dialogue among yourselves, dialogue with your presbyterates, dialogue with lay persons, dialogue with families, dialogue with society”.  Only through the unity that is forged from dialogue and encounter will you find the wisdom to rise to the challenges of the coming century with the courage and farsightedness that marked your predecessors in the century that is now ending.

The focus of our Catholic Church was made clear by Archbishop Christophe Pierre, the Papal Nuncio to the United States:

What are we as bishops truly passionate about? I think this is a fundamental question so that the memory of the illustrious past of your conference gives rise to a future with Christ the Lord at the center of your ministry and the Church. At the Convocation of Catholic Leaders, Cardinal Tobin warned of a great threat to evangelization, namely spiritual slothfulness, citing Evangelii Gaudium 83:

“And so, the biggest threat of all gradually takes shape: ‘the gray pragmatism of the daily life of the Church, in which all appears to proceed normally, while in reality faith is wearing down and degenerating into small-mindedness.’”

What are some things about which we should be passionate?… In July, at the Convocation of Catholic Leaders, Hosffman Ospino presented the stark reality:

In 1991 about 3 percent of the U.S. Population self-identified as non- religiously affiliated or “nones.” Today, 26 years later, about 25 percent of all people in our country self-identify as such. The trend is very clear. We know that about 20 million people in our country who were born and raised Catholic do not self-identify as such anymore. It is likely that many of them, especially those who are young, joined the ranks of the nones.

Bishop Barron pointed out that nearly fifty-percent of Catholics under age 30 identify as “nones”. And what of the nearly 14 million Hispanics born and raised Catholic who are here but also have become “nones”? With six Catholics leaving the Church for one who enters, perhaps we could become discouraged; however, we are a people of hope. Our hope is principally in the Lord and in the Holy Spirit.

Are we passionate about our youth? If we are, then this means being willing and open to accompanying them personally, as spiritual fathers, even if this makes demands on our time and energy. A passion, born out of love, also means providing sound catechesis and formation, so that amid the pressures of a secular culture, they can make wise choices that lead to authentic human flourishing. Love, rooted in the truth, demands that we contribute something to the culture – something of the true, the good, and the beautiful – that will support them in their journey. The beauty of Catholicism – in art, architecture, music, and in its liturgical, spiritual and intellectual tradition – cannot be hidden but must be re-proposed.

The vision Father John has laid out for our Parish Family is clearly in line with the Catholic Church’s focus on the future.  By starting the first active Catholic Youth Organization in Florida, and by building the sports, arts, and social programs that will reach all age groups, we are laying the foundation for the Naples area to have a vibrant and joyous future.  Thank you for your unwavering support and dedication to making this vision a reality!