Home #FamilyMission Knights of Columbus Focus on Poor and Families

Knights of Columbus Focus on Poor and Families 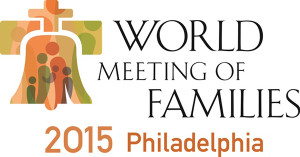 Grand Knight Scott Schwarz and Trustee Bill Warvel sent a message to the Knights of Columbus from this past week’s KoC Convention, where the focus of the Knights this next year is on Our Holy Father’s efforts for the poor and for families:

As an international fraternal organization, the Knights of Columbus is well-positioned to follow Pope Francis’ witness of “love for the sick, the suffering and the poor,” said Supreme Knight Carl A. Anderson.

That “extraordinary witness” and the pope’s admonition to all to cast aside indifference have “captured the imagination of the world,” he said Aug. 5 at the opening business session of the Knights’ 132nd Supreme Convention in Orlando.

“As Knights of Columbus, we are well-positioned to respond,” said Anderson.

We are very blessed to have a vibrant and engaged Knights Council here at Saint John and I highly encourage you to take a look at this month’s Knights of Columbus magazine, called the Columbia, which is free online: http://www.kofc.org/un/en/columbia/index.html This month is focused on Family, and in particular preparations for the World Meeting of Families in Philadelphia next year.