Knights of Columbus and VFW Clean Veterans’ Memorials in Immokalee 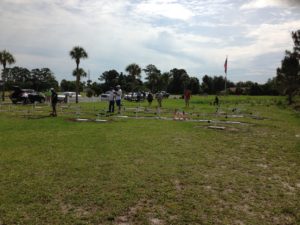 Memorial Day, originally called Decoration Day, is a day of remembrance for those who have died in service of the United States of America.   Memorial Day was borne out of the Civil War and a desire to honor our dead. It was officially proclaimed on 5 May 1868 by General John Logan, national commander of the Grand Army of the Republic. “The 30th of May, 1868, is designated for the purpose of strewing with flowers, or otherwise decorating the graves of comrades who died in defense of their country.

On the first Decoration Day, General James Garfield made a speech at Arlington National Cemetery, and 5,000 participants decorated the graves of the 20,000 Union and Confederate soldiers buried there.

On this past Saturday, May 21, 2016, the St. John the Evangelist Knights of Columbus Members of Council #11281 and Assembly #3308, traveled to Immokalee Lake Trafford Memorial Gardens to participate in the tradition of tending to the graves of our brave Veterans.   The KofC joined with Naples VFW Post 7369 to clean the graves in preparation for Memorial Day on May 30th.    The VFW had found the Veterans Section of Trafford Lake Cemetery totally abandoned a few years ago, with grave markers missing and completely overrun with debris and growth.   Through the VFW’s gallant efforts, the graves of approximately 111 veterans were recovered and cleared.   Crosses were placed on each grave along with the American Flag.   Progress is being made to fully identify the Veterans buried there and provide them with gravestones recognizing them, and their service. 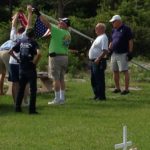 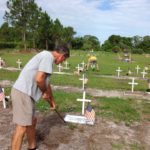 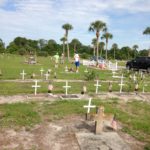 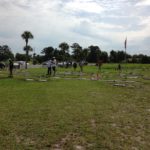 The Knights of Columbus at St. John have volunteered to assist Post 7369 in work details to maintain the recovered site, and in helping to obtain the remaining missing headstones.   It is a gratifying and deserving commitment for those who served our country.    The work detail completed the cleanup on Saturday with the honored burning of the grave flags and salute, in preparation for new flags to replace them on Memorial Day.   God Bless our Veterans.